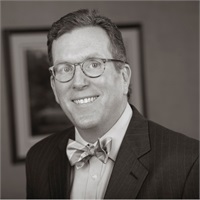 Mr. Wellington has been in the securities and investment management business for thirty-six years.  While in college, Tracy began his career with Merrill Lynch and later joined Paine Webber where he advised families on a variety of issues including portfolio management, risk management, and retirement planning. In addition, he advised businesses on corporate financial matters including, defined benefit and defined contribution plans.  He later joined Washington’s leading regional firm Ferris, Baker Watts where, in addition to counseling his clients, managed the firm’s branch office in Washington, D.C.  In order to serve what he foresaw as a shift in the market for personal financial services, he founded Wellington Capital Management in 1996.  Wellington Capital Management provides fiduciary advice to families and businesses.  Tracy has been named one of the Washington area’s Top Investment Advisors by Washingtonian Magazine – based on a survey of industry peers who were asked who they would like to manage their money.  Bloomberg Wealth Magazine cited Wellington Capital Management as one of the countries Best Wealth Managers.  Mr. Wellington has written columns for local papers and appeared as a guest on local and national radio and television programs.  In addition, he has lectured at area Colleges and Universities on topics ranging from risk management and portfolio construction to retirement planning and investing for income.  Mr. Wellington holds degrees in Economics and Political Science from Ohio Wesleyan University.  When he’s not in the office, he can be found on the golf course, in the garden or traveling with his family.  He lives in Chevy Chase, Maryland with his wife and their four sons.