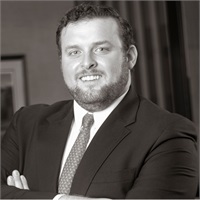 Ryan joined Wellington Capital Management in 2014. After Georgetown University, Ryan began his career with Vorsight in Rosslyn, VA specializing in business development. In 2012, he joined The Meltzer Group where he worked as a retirement plan consultant. Ryan graduated from Georgetown University where he earned a bachelor’s degree from the McDonough School of Business. When he is not at the office, Ryan can be found coaching youth lacrosse, playing golf and watching football with friends.